All Collections
vCloud Monitoring
What components are included in vCloud suite?

What components are included in vCloud suite?

What is the architecture of VMWare vCloud

Written by Ronny Lehmann
Updated over a week ago

What is a vCloud Director?
VMware vCloud Director is a robust, multi-tenant (IAAS) infrastructure as service platform designed to consume compute, network and storage resources from data centers and in turn convert these resources into individual elastic units that can be provided as a service to and consumed by multiple tenants. 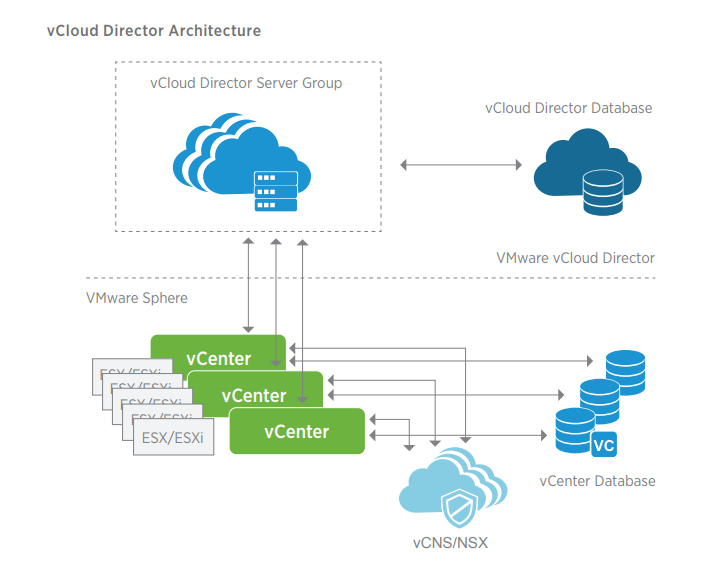 What is VMware vSphere Orchestrator?
VMware vCenter Orchestrator enables the automation of provisioning and operational tasks across VMware and third party applications through an open and flexible plug-in
architecture.

What is VMware NSX Network Virtualization and Security Platform?

NSX enables the creation of entire networks in vCloud and embeds them in the hypervisor layer, abstracted from the underlying physical hardware. All network components can be provisioned in minutes.

Did this answer your question?